I was thinking that rereleasing SSH on Steam would be a quick and effective way to drum up interest in the Lunar series. SSH didn't sell well because in the USA, where it's biggest fan-base is located, the PSP isn't big at all. However, Steam has a gigantic userbase and is currently slowly building up a small collection of jRPG re-releases, like FF7 and FF8 and some of the Ys games. Lunar is an RPG classic, so why not put SSH on Steam to reintroduce the franchise to people on a platform that's currently a bit jRPG-starved? XSEED has already released games on Steam as well and they have a working relationship with Game Arts, so getting SSH on Steam would probably be the easiest Lunar game to get on Steam.

A Steam re-release would work even better if they included achievements and Steam Trading Cards. People love their achievements, so getting achievement hunters on board with a Lunar re-release would help drive sales. Steam Trading Cards are also becoming a big thing and can help bring in some extra money because of people buying it to idle for cards and that the devs get a small cut of the price of each card sold.
Top

An interesting question - I'm not sure which version I would want released on Steam.

For instance, while I enjoyed SSH, the version I like the most is SSSC, which does have a PC version that could be adapted. Alternatively, I could see a TSS port, rather like with Sonic CD.

I don't want achievements personally, though rather like bromides I'd probably collect and enjoy them all anyway. I guess what I want the most is a design team to make a new Lunar game that would take the changes to games in the past twenty years and incorporate them very well. Tons of humor can be had from achievements, and the Lunar style of writing could take advantage of that.
Sonic#


PC port exists and is a MESS of legacy code. So buggy it couldn't be made to work in English when we signed on to do it, and the Japanese released retail version would be considered unacceptably buggy pretty much by any standard.

Plus, the old PC version was coded for PCs made back in 1998. Even stable games from 1998, like Unreal, have hiccups when played on modern computers. It would be much better to start with a much-more recent code-base and go from there instead of trying glue crap from 1998 to work on modern PCs. SSH seems to be the most stable and feature packed of the SSS remakes, and it's publisher already has a working relationship with Steam. It's not ideal, but if Lunar ever makes a PC comeback, I can see SSH being ported just for convenience's sake.

My ideal SSS Steam port would include both the PSX SSSC and TSS in one package, just so there's an easy-to-access way to enjoy both games instead of having to mess with emulators. But, I don't see that happening.

I was thinking of some funny achievements that would work, like looking at one of Luna's bromides while she's in you're party during the epilogue called "She's right there!", and one for having Nash faint during a boss and never using a revival item on him during the battle. I was also thinking of an achievement called "We're doomed!" where you defeat each wave of enemies sent out by the Grindery when you first approach it in one round.
Top

I'd give Steam a try if this ever happened. ^o^ Though I'm not a BIG fan of SSH, mostly due to the world map issue... I'd mostly play it to support the franchise and XSEED (if they do put it on there).

To Enclave's note about the incompatibilities of SSSC PC today, it would certainly be possible to update and port it. TIE Fighter and X-Wing were recently released at Gog, and that release included the difficult-to-port Windows 98 version. There would still be the bugs in the version, though.
Sonic#

Is there something more complicated to this copyright situation than "the license held by Working Designs reverted back to Game Arts, who can award licenses on those rights as they please?"
「まあいいけど。」
Top 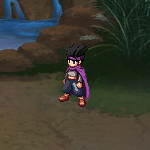 May not count, but the iOS team apparently built a version for Mac OS X, although for licensing reasons it's just a cool demo.
Top

I want SSH ported to Steam.
Why that, and not SSSC or TSS?
Well, I can't see TSS being ported to Steam since it's the "outdated" version that has never appeared anywhere other than the Sega CD. Additionally, Steam users couldn't possibly understand that game. Do I really want to hear people complaining about TSS having dated graphics and giving it low scores because of it? People even said that about SSSC as well back in 1999!! No way I want to hear that darn crap all over again or I would lose my goddamn mind.
I don't want the game to have low sales just because I was selfish and wanted my favorite version ported to Steam instead.

SSH however... COULD be the definite version. The graphics are amazing, and the PSP version suffered from load times, which could be fixed on Steam. I don't expect the overworld to be changed, but it would be so nice if it was improved to be more like SSSC. With how many people complain about this, I imagine they'd take notes. But I wont dream about it. I would love item icons, for Althena's sake!

TSS or SSSC could still be ported though... as an unlockable. That would be too much work, but it's the only suitable thing to do in my opinion at least.
Top

Silver Star Story Complete should be what's on there. I don't want new Lunar fans to come into the series with no world map and associating the characters with the new voices.
Top

Users browsing this forum: No registered users and 5 guests