For discussion of Lunar: Silver Star Story, the remake of Lunar 1 for Saturn/Playstation/PC and all its translations
Post Reply
49 posts

It's all good. The Truth, though, is most obvious in the abysmal Dragon Song, of all things. They're based off Gen Bu, the Black Turtle, Shin Ryu, the Blue Dragon, Byakko, the White Tiger, and Suzaku, the Red Phoenix.
Don't blame me, Lucia promised me lots of snuggles and cuddles if I would be her PR guy.

The last time we tuned in, we were enjoying the garden of "Ghaleon's The Grindery™: Brought to you by Taben and The Vile Tribe." We spoke with some pixies and VeeTeetians who had the now typical spread of opinions that ranged from Ghaleon being a strong leader who will crush us, to Ghaleon isn't a great guy, to Ghaleon sucks.

Further up the tower we finally arrived at a sealed door that even Kyle's thieving skills could not help us get through. (There's no key hole! The only way a thief can break into a place through a door is if that door has a key hole. Everyone knows this.) The group is dismayed until Cool Lady Phacia phases into being. She's not looking well, but refuses any healing from Jess. All it takes is "Althena, lend me your power!", but okay.

I'd like to take a moment to state that refusing to seek aid is its own form weakness. We're all on this blue dot together. Don't help others and refuse help for yourself. Don't be Phacia.

Perhaps she felt it was some form of a deserved penance. Whatever the case, she explains how she's come to regret the actions of the Vile Tribe against Althena and the humans. Phacia feels that while Althena's punishment was harsh, Ghaleon never had the interest of the Vile Tribe in mind and was only using them. The VeeTeetians would have bee better served by trying to living in Althena's good graces and earning their way back into her blessings that way. She then uses the last of her strength to open the doors and face down her two sisters while we go to stop Ghaleon. I poured one out for Phacia. She seemed like the distant relative at the family reunion who you actually enjoy spending time with. You don't have a lot in common, but they're good people where it matters.

We make it to the top of The Grindery, where we fight Ghaleon. It's a pretty straight-forward fight where the group kicks Ghaleon in the beanbag very hard. Repeatedly. It was.....it was hard to watch. The group puffs out their chests and celebrates their good fortune.

Based on that, we know this isn't the real fight. After Ghaleon disappears, we run further out on to the veranda (The Grindery is seriously fancy, guys.) where we find Luna. It very quickly becomes apparent the Dragon Master's saga is far from over when this happens. 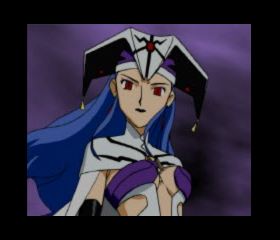 Sooooo.....that's no bueno. One of the rules of this world I've observed is the less clothes a lady wears, the more evil she is. Evil auras deteriorate clothing in this universe. Lots of layers, good lady. Lots of skin, bad lady.

This new character, I'm calling Dark Luna for now, rounds out the trio for Royce and Xenobia in a way Phacia never did. She proceeds to use a magic force to pimp slap Alex sixty feet across the veranda. From there, it's a confident strut in her thigh high dictator boots over to the edge of The Grindery, so she can begin the next step in Ghaleon's Evil Plan™.

The gang watches in terror as Althena's tower slowly and catastrophically rips itself from the planet, gradually revealing a massive fortress/spaceship that makes The Grindery and Vane look pathetic. Remember when you had your Ninja turtles toys and you thought the sewer skate board you had was totally awesome? Then you went to the rich neighbor kid's house, and he had the whole sewer playset AND the Technodrome? I imagine is feels like that.

Ghaleon reappears next to Dark Luna. He looks taller and wider every time he shows up. The two snuggle in a completely snide, smug way. It's a weird trope reversal where it feels like the Chad goths are flexing on the poor Virgin jocks. The two make plans to leave for their new fortress where I imagine they'll make-out and bully people on the internet. Alex and company attempt to stop them. Cue Ghaleon fight part two.

Alex casts a spell that nullifies magic attacks on the party, and we set to work pummeling Ghaleon. I can already tell where this is going because he's just standing there. The first murder/death/kill magic attack Ghaleon does is completely negated by the spell, but I don't bother recasting it. The next time Ghaleon attacks he does approximately ALL the damage, and strolls off.

I'll stop for there, but we've gotten a little further.
Top

You can actually block hellwave with white dragon protect as many times as it takes till Alex's MP runs out. It doesn't change anything, but you can put up a better fight.
Don't blame me, Lucia promised me lots of snuggles and cuddles if I would be her PR guy.

The only thing I don't do is go to Althena's secret spring in the 99 forest because frankly even as a child...Going through a crazy forest dungeon just to see people have naked is just...shameful imo...One of the few things I never cared for was the "fan service" towards any gender or sexuality... It kind of killed a lot of anime for me. If there was a really cool item or items at the end then i would totally include it!
Lotus Moon Productions
- Podcasts on Independent Music Artists & Wrestling -

Meh. If you aren't level 99, you aren't hitting Ghaleon in the face hard enough.
Don't blame me, Lucia promised me lots of snuggles and cuddles if I would be her PR guy.

I just finished my first playthrough of this in basically 20 years, and I'm posting about it here mostly because it's the most active thread

I was one of those shmucks who didn't play the ocarina and felt all the wrath of Dark Luna at the end. I've let myself get mad about a ton of things in games recently. I didn't let myself get mad about that. I jumped right back into it. No matter how close you think you are to the end, you gotta beat down the hubris and get back up without a second thought!

Friends, why is Mia's theme heard so seldom in this game?

Oh yeah, and  was the kissing scene between Alex and Luna ever in the game? I had believed it was all these years! I didn't miss it, did I?
Top

There's a smooch between Hiro and Lucia in the next game, but if there was an Alex/Luna smooch, I don't recall one. I think all he gets is a hug.
Don't blame me, Lucia promised me lots of snuggles and cuddles if I would be her PR guy.

...Please...lol! He worships my socks and what i mean by my socks is Kyle's old smelly socks XD
Lotus Moon Productions
- Podcasts on Independent Music Artists & Wrestling -

I'm not dead! I've just had some very busy weekends, and weekends are typically when my wife and I play the game together.

My friend is recovering from thyroid cancer, so I went to visit him earlier, and then this weekend I had a race. 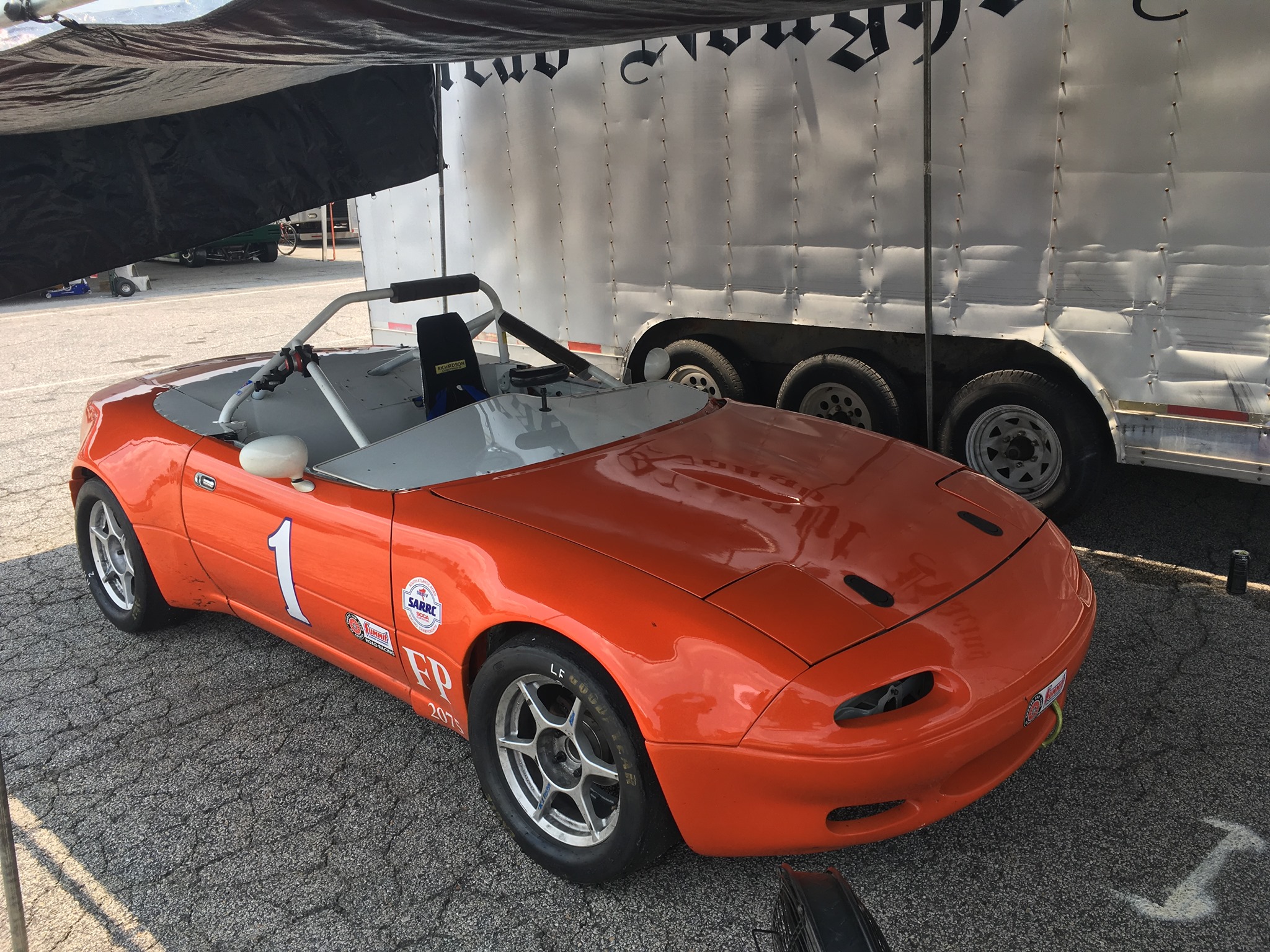 I'm glad this thread is bringing some people out to chat about the game. I think it's going to go pretty high on my list of favorite games by the time I'm done. I'll write more when I get a chance to sit down and type it all up. Hopefully we'll finish it up this weekend.
Top
Post Reply
49 posts

Users browsing this forum: No registered users and 6 guests