Surprised this hasn't been posted yet:

I am cautiously optimistic. There are a few factors going into this.

1. The extended universe. This is a universe that I grew up with, everything from Truce of Bakura through the X-Wing series and the Thrawn Saga, to the New Jedi Order, and then back through the Old Republic. For me, they are extensions of the story of the movie. They can't really be rendered in movie form, but they work as novels, as video games, and as lore more generally. I think I could get used to having a plurality of stories, almost like a legend, in the way that the Arthurian saga or Robin Hood developed. On the other hand, I worry that they'll either try to replace those stories or do them. The actors are too old to do a story like the Thrawn saga, and many of the other developments might require too much backstory, since the novels really built off from there. In that sense, I'm hopeful for a trilogy which jumps at least a generation ahead, and perhaps more, breaking ground in a new time while preserving the Star Wars atmosphere and dominant themes.

2. Disney. I think they are capable of making a good Star Wars film. I look to examples like Tron Legacy, a movie which I liked and still do, and the recent Marvel features.

3. As I've thought about it some more, I've been looking forward to some sequels and continuations of the story. I worry that a story's lore eventually dies or at least becomes static when it goes for too long without being supplemented, recreated, or reinterpreted. This was happening to The Lord of the Rings before Peter Jackson's interpretations. This was also happening to the Chronicles of Narnia, and might well happen again now that Walden Media lacks the rights to make The Magician's Nephew. The big anxiety around "no new Harry Potter books" for me is not that Harry's story will die, but the opportunities of such an imaginative world will fade. And one of the big reasons why Shakespeare is still "SHAKESPEARE!" is because he's been continually reinterpreted by critics, performance companies, and educators. Sometimes stories pass , which isn't a bad thing because it makes room for new ones, but I have a personal interest in seeing Star Wars continue to thrive.
Sonic#

I agree that the extended universe after Ep 6 has a lot of great stuff. I feel, optimistically, that this will be a reason for Lucasfilm to pull the tone back more in the direction of the original trilogy as well--to make Star Wars grittier and scarier again. Then again, it's Disney, so probably not.

It's also interesting to think that George Lucas will be hands-off on the forthcoming films. Putting the creative control in the hands of other directors and producers could be a very good thing for Star Wars. It's a big roll of the dice, in my opinion.
Top

The main thing this has going for it is that it don't be made by George Lucas. What a tragic statement.
"All you have to do is decide what to do with the time that is given to you." -Gandalf the Gray
Top

There are so many talented people attached to this project; it fills me with hope.
「まあいいけど。」
Top

J.J. Abrams is the director. Does that mean that Star Wars and Star Trek are finally the same thing and that all nerds can finally live in peace as predicted in the book of Revelations?
Top

Werefrog wrote:J.J. Abrams is the director. Does that mean that Star Wars and Star Trek are finally the same thing and that all nerds can finally live in peace as predicted in the book of Revelations?

No, because Will Riker could beat Hahn Solo in a fight.

The real question is who would win a war between the United Federation of Planets and the Galactic Empire.

The answer, of course, is the Federation because the Empire is so incompetent they can't even beat Ewoks. It seriously makes you wonder how they managed to rise up in the first place.
Top

Imperial Knight wrote:The real question is who would win a war between the United Federation of Planets and the Galactic Empire.

The audience would. That's who.
Top

Any new thoughts now that we have trailers and production photos?
"All you have to do is decide what to do with the time that is given to you." -Gandalf the Gray
Top

Really? Hugely important franchise that played a big role in most of our childhoods and nobody has any thoughts to share?
"All you have to do is decide what to do with the time that is given to you." -Gandalf the Gray
Top

I'll throw my two cents in here for this.

I'm skeptical. Okay, sure, George Lucas has little creative control over this one. After the prequel trilogy, this is possibly a blessing. And yes, the best Star Wars film wasn't directed by him, which is also good news. However, the rub comes from JJ Abrams. I think he's a skilled director, but the way he did Star Trek leaves me feeling very weary of his take on Star Wars.

Now, SW is much more high action adventure than the usually slow and plodding adventures of the Enterprise, but I still get this weird feeling in the pit of my stomach I'm going to be highly disappointed. The taste of Jar-Jar still isn't out of my mouth and I still feel the chilling wind that was apparently in space. These are things that I will never be able to unsee.

Because I'm weak, however, I'm going to see the films. I know I am. Everyone knows we are. We're going to see it because it's Star Wars and "Hey guys, maybe it'll be different!" But it doesn't mean my vision of Star Wars hasn't been tainted by George Lucas rubbing his greasy fingers all over the film while performing a dark ritual to the high God of poor decisions, Thu'Ptak. After midichlorians? Come on.

To be fair, Lost was made bad due to fan input and them using that input.
Oh, hey, a YouTube channel
Top

If I had to define my current level of concern for the project, I'd set it relatively low. No single element is a premonition of failure.

I don't like every one of J. J. Abrams's films, but he does produce solid big-budget films, and I enjoyed both Star Trek films.
Lawrence Kasdan is a co-writer for the screenplay, and he has enough solid successes under his belt that he can also do a very good job here.
The acting talent is a mix of relative unknown actors (who may well do a good job) and proven veterans like Andy Serkis and Max von Sydow.
Disney has good quality control for its live-action films. Over the past five years, they've produced films as bad as The Lone Ranger (poor reviews), as decent as Tron: Legacy and The Muppets (decent ratings, I personally liked them), and as good as The Avengers and Saving Mr. Banks (rave reviews). Their successes outnumber their failures.
Star Wars Rebels, from what little I've seen, has been good, and it's well-rated as well.

I enjoyed the trailer, but it doesn't tell me much new about its quality. The special effects will obviously be good, and I liked what little I saw of the new actors. It's difficult for me to judge the quality of a film by its marketing. Bad marketing can conceal good films (John Carter) and vice versa.

Finally, Star Wars is a franchise that has a wide range of quality in its films. This is not a popular opinion, but I'd be okay with a film similar in quality to Phantom Menace: technically brilliant, uneven in narrative quality, with a few bright spots (Qui Gon and Obi Wan) and a few very bad choices (Jar Jar, midichlorians). Obviously I hope for better, and I think Disney is easily capable of better, but I think a popular-but-uneven film would not be the worst thing.

So I remain cautiously optimistic. I'm letting myself expect that the film will be fun, whether or not it feels like the Star Wars of my youth.
Sonic#

I'm gonna go see Darth Moses. Or Jedi Moses -- he's a protagonist, it seems. But seriously, the casting of this kid moved me from cautiously optimistic to unreservedly optimistic.
「まあいいけど。」
Top

Lost was retarded from season 2 on. The first season seemed like it had a lot of potential to be great in a new more serious Gilligan's Island kind of way but then got steadily more and more ridiculous.
Top

Lost was retarded from season 2 on. The first season seemed like it had a lot of potential to be great in a new more serious Gilligan's Island kind of way but then got steadily more and more ridiculous.

That's around the time they took fan suggestions because they had no endgame.
Oh, hey, a YouTube channel
Top

Also, honestly, Star Trek wasn't just like Lost in space so I don't think that the errors on Lost would creep into Star Wars.

...rather, I think the biggest problem is that JJ Abrams just doesn't do very good villains. I enjoyed the first Star Trek he did, but the biggest weak point was Nero: for such a genocidal Khan Singh-level monster (...the real Khan), his motivations were completely unexplored unless you went out and read the comics first (which shouldn't be necessary). And for the second... eh that had a bit of a different problem: I really didn't like Benedict Cumberbatch as Khan, and he had to stick so closely to the plot of the original Star Trek II even though he did such a radical departure with his previous film.

But anyway, my own prediction is that a lot of aspects will be good, but you're going to see another villain as poorly-developed and overhyped as Darth Maul, which will detract from the rest of the characters. Hopefully I'll be wrong, who knows. KF
~Kizyr 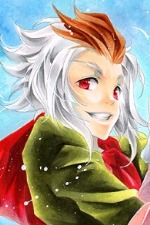 C'mon, who didn't get warm fuzzies at the end seeing Harrison Ford standing next to Chewie like that?? lol! Although, I wish they would've added some gray hairs to Chewbacca as well... unless Wookiees age significantly slower than humans do?

EDIT: Scratch that! I just looked it up, apparently Wookiees can live to be several hundred years old!